LAWRENCEVILLE, GA - Newly acquired Gwinnett right-handed starting pitcher Matt Wisler carved his way through 5.0 innings Saturday, but the G-Braves needed late-inning heroics to snag a 6-3 win over the Durham Bulls and earn a split of the four-game series at Coolray Field.

After Durham (2-2) scored twice in the seventh against G-Braves' right-handed reliever Michael Kohn (H, 1) and a run in the eighth against fellow righty John Cornely (W, 2-0), Gwinnett (2-2) regained the lead in the bottom of the eighth.

Shortstop Pedro Ciriaco led off the eighth with a double, and designated hitter Adonis Garciafollowed with a run-scoring single to put Gwinnett back on top 4-3. Center fielder Joe Benson then singled, and catcher Braeden Schlehuber reached second when he hit a grounder to shortstop that Hak-Ju Lee threw into right field, allowing Reyes to score. Benson scored the third and final run of the inning on a wild pitch by Bulls' righty Brandon Gomes (L, 0-1) in the following at-bat.

G-Braves' right-hander Aaron Kurcz (S, 1) sealed the victory with a perfect ninth that included one strikeout.

Wisler, the No. 2 prospect in the Atlanta Braves' system according to MLB.com, scattered four hits, walked two, hit a batter and struck out five. Durham had at least one batter reach base in each inning against Wisler, but the Bulls stranded six and went 0-for-7 with runners in scoring position.

"I was happy with the results. Obviously, I think I have some stuff I can improve on command-wise, walking three guys, hitting a guy, I definitely have to improve on that," said Wisler, who Atlanta acquired on April 5 in a six-player trade that sent right-handed closer Craig Kimbrel and outfielder Melvin Upton, Jr. to the San Diego Padres.

"It was my first start of the year, and I was a little bit nervous for that," he said. "I just tried to calm myself down as much as I could, take some deep breaths and make pitches, just getting comfortable on the mound again."

The G-Braves' offense gave Wisler a 1-0 lead to work with in the third. Benson reached first safely on a throwing error by shortstop Lee. He moved to third on a single by first baseman Sean Kazmar and scored on a groundout to shortstop by right fielder Eury Perez.

Gwinnett's largest offensive outburst of the young season came in the next inning with a one-out single by Ciriaco followed by back-to-back doubles down the left field line from Garcia and Elmer Reyes. The two-bagger by Reyes drove in two and gave the G-Braves a 3-0 lead against Durham right-handed starter Andrew Bellatti.

Kohn breezed through the sixth and had two outs in the seventh before Lee reached base on a bunt single. Left fielder Eugenio Velez followed with a single, Kohn walked first baseman Vince Belnome and third baseman Jake Elmore dumped a bloop single into right field that drove in the Bulls' first two runs.

Cornely got right fielder Corey Brown to pop out in foul territory down the third base line to escape the seventh-inning jam, but ran into trouble in the eighth when Bulls center fielder Taylor Motter doubled and scored on a single by second baseman Alexi Casilla.

Offensively, the G-Braves totaled 11 hits, including two apiece from the 4-7 hitters, who went a combined 8-for-15 with all three of the team's doubles, all six runs scored and three RBIs.

Elmore went 1-for-5 with two RBIs for Durham.

The G-Braves will open a two-game series with the Norfolk Tides, Triple-A affiliate of the Baltimore Orioles, at 6:35 p.m. Monday at Coolray Field. Right-hander Chien-Ming Wang (0-00, 0.00 ERA) will make his first start for Gwinnett. The Tides have not announced a starting pitcher. Tony Schiavone has the play-by-play call on 97.7 FM.

Monday's game is also the first Meal Deal Monday of the season. Fans can follow the G-Braves on social media to learn about weekly Meal Deals. To purchase tickets, call the Coolray Field Ticket Office at 678-277-0340 or visit GwinnettBraves.com/tickets. 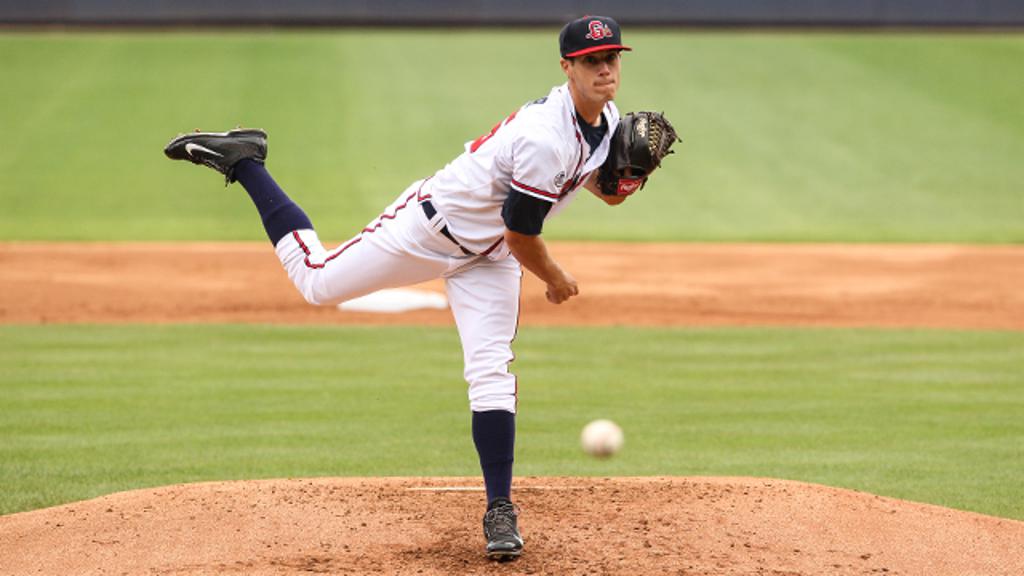