Vice President Clark Huskey recently had his jersey #41 retired for his outstanding efforts as a coach and Board of Director of the Columbus Cobras for over 25 years.#41 joins #10 also retired in 1995 in honor of President/CEO Harry Huskey for his long time outstanding efforts on and off the field. These numbers will no longer be worn by anyone in the organization.

Clark has lead his teams to three National titles and has been instrumental in helping many young athletes advance to the college and professional levels. His knowledge of the game put him atop of his peers.

We congratulate Clark for his long time efforts with the Columbus Cobras Baseball Association.

Clark has since retired from coaching but has organized the Cobras college age group in it's first season this summer. This team bring back former Cobras that are currently playing in college and want to stay sharp in the summer. Clark also has taken up umpiring and in his first year has reached the college ranks and is becoming one of the best in the State of Ohio.

Below are photos of President/CEO Harry Huskey presenting Clark with his retired jersey and the Executive Board of the Cobras pictured also. 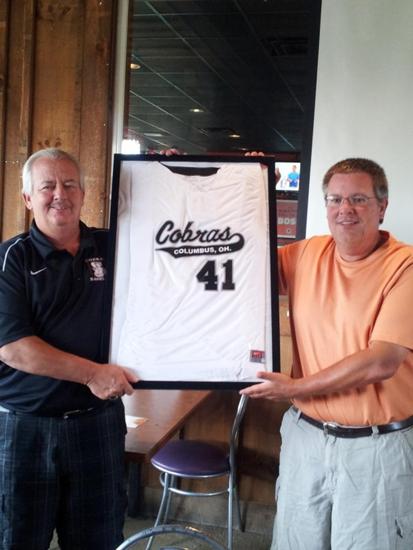 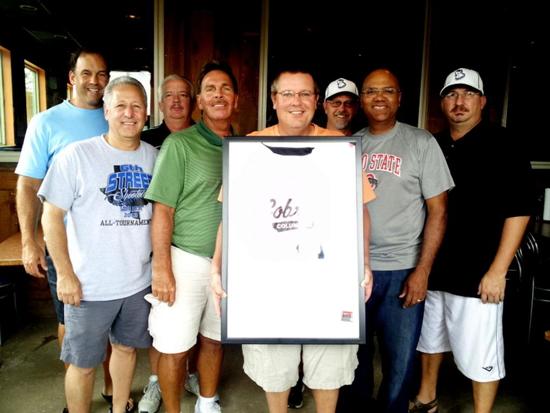